Get Offer
LAMİNATED GLASS
Categories
back 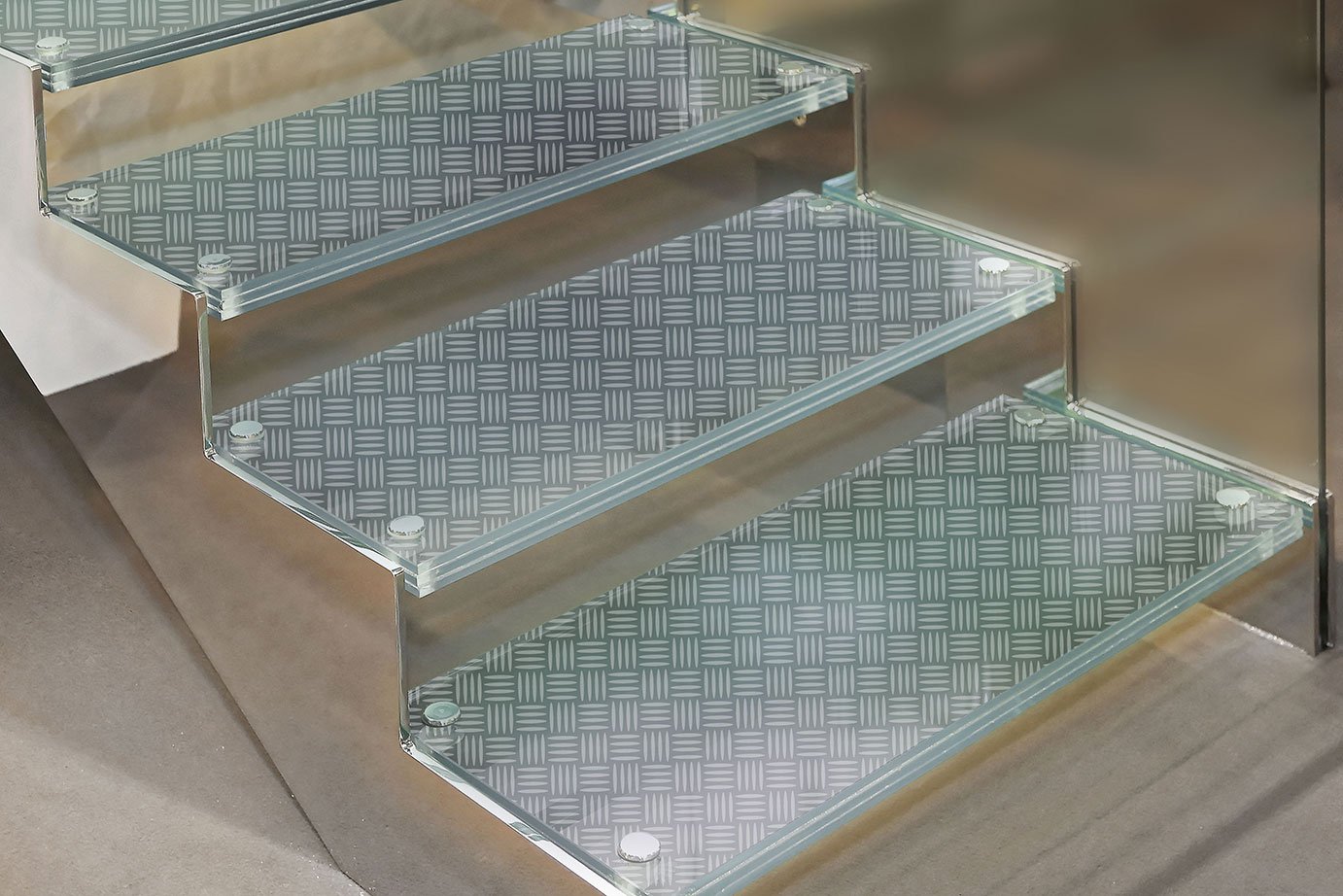 Laminated Glass is produced by bonding two or more glass plates together with the help of heat and pressure after laying PVB sheets or other interlayers between the glass plates.
Laminated glass holds the shattered parts in case of breakage and reduces the risk of injury. Therefore, laminated glass is a safety and security glass. Minimizes the risk of injury to accidents caused by people crashing on glass. Provides security against impacts from outside. It prevents or delays forced entries or Vandal attempts. It contributes to sound insulation. It blocks 97-99% of ultraviolet rays(UV), which are the cause of fading in the colors of furniture and fabrics.

Laminated glass production can be made as clear laminated, colored laminated, bent laminated and acoustic laminated.

Bent Laminated products are the lamination of two or more bent & tempered glasses.

Acoustic laminated glass is produced with special acoustic PVB having sound reduction property. They help noise insulation by providing noise control. Thus, outside noise is reduced to a normal level and the interior becomes a healthy living space. In addition to safety and noise control, heat insulation is ensured when used in double glazing units. Acoustic Laminate is mainly used in areas where traffic noise is high, street organizations are located, in hotels, in areas close to the motorway, in industrial areas and airports.

Laminated glasses are used especially at places where safety and security is requested such as shop windows, shopping malls, hospitals, hotels, etc.

Camglass is a Turkish Laminated Glass Manufacturer in Turkey

Polyvinyl between two glasses in laminated glass production The Butyral (PVB) layer is placed and the glasses are passed through the furnace in the joining line. Then the glasses are subjected to heat treatment in the Autoclave furnace.

At the autoclave exit, the PVB becomes transparent and integrates with the glasses. Glass that comes together under normal conditions cannot be separated from each other. It becomes a single glass.

Depending on the needs, the types of glass and the type of PVB used vary. “Acoustic Laminated Glass” is obtained in case of using special PVB with acoustic properties.

When colored laminated glass is desired, the desired color is obtained with either colored glass or colored PVB.

Tempered glass, laminated glass can be cut and its edges can be ground.

The most basic feature of laminated glass is that it is seriously resistant to impacts. The glass does not break against the impact, cracks occur around the impact point. For this reason, laminated glasses fall into the "Safety Glass" group.

The degree of safety increases with the use of tempered glass and thick PVB.

Laminated glass can be the end product or semi-finished for use in insulating glass.

Due to the size and/or shape and/or curved properties, some laminated glasses cannot be produced on the PVB Joining line.

Washing in the laminated line in the machine your brushes mosque won't scratch quality to be required.

The temperature and humidity of the joining chamber are determined by the manufacturer of the PVB.

The most important step in laminate production is to take out all the air between PVB and glass.

Prolitic coated glass, coating surface It can be laminated without facing the PVB.

Two or more PVB (PolyVinilButiral) is placed between the glass (plain - colored - reflective – low-E - mirror - etc.). Preheating with pressed and after being combined Then Autoclave called unit inside high school pressure and heat implementation with lamination is completed.

to be applied transactions lamination pre- ( hole – pressure – temper – camber, etc.). Laminated glass only edges to embroider subject to can be held.

Eva only with temperature effect and only vacuum lamination method with producible one Search layer. Advantages, water and from moisture unaffected, storage during to air conditioning need not hearing and compressed equipment unused Only thermal process with can be produced. Disadvantages at work of the production slow to be the manufacturing of your capacity limited strength, hardness _ _ like are topics. as 0.38mm and 0.76mm were used. Colorful transparent and opacity types there are.

EN14449 is the laminated glass standard.

EN 1063. Lead produce proof glass for a few ply PVB polycarbonate layer film different from thick layers of glass are combined. Test at 18 °C ± 5 ° C at a test temperature, still at distances to the windows three bullets to ignite contains. Resistance categories bullet to the caliber by difference shows. Between “No Splinters” (NS) and “Splinters” (S) one distinction is done. Pieces 500mm behind test target hanging standing one collected on a layer of aluminum foil.

NIP ROLL method, high processing to their speed and long production cycles (of glass types rare aspect was changed by default) allow gives and high school degree automation, it lots productive makes it. Normally, with window film your sandwich front lamination has two-stage, so in the venting furnace by heating pressure under to be taken provided.

The temperature in the oven is either (preferably medium wave) infrared radiation or hot to weather with convection by is produced. IR heaters always supply your way above and under positioned so that heat, curved floors to PVB film same aspect applied. with IR heated in furnaces heat, convection to the furnaces by to the glass faster influence it does. individual cases, front lamination Only one couple can be performed with a segmented cylinder.

In vacuum processes, it is pre-laminated by vacuum using special thin vacuum film bags. This process is particularly suitable for one-piece production. Because vacuum rubber bags are relatively expensive, they are not used in any other pre-lamination process. Here the vacuum is created with the help of a profiled rubber ring fitted around the glass rim . Glass units of different sizes require different sizes of profiled rubber rings. Silicone and EPDM rings are used. Silicone rings are more flexible

All vacuum pre-lamination in processes, it is necessary to ensure that most of the air is evacuated from the glass layers before heating begins. This is the only way to prevent incomplete air evacuation before the edge is sealed. The vacuum must be maintained throughout the heating process. It is important here as the vacuum before the rubber bag or ring may be different from the final vacuum at the pump.

The final product is produced in autoclaves that apply pressure and heat evenly to the entire laminated glass surface. Laminated glasses are prepared for autoclaving in the autoclave trolley as previously described. The air in the autoclave can be heated electrically or by heat exchangers. Compressed air can be supplied directly from a compressed air tank or compressors. The steel cylinder is normally insulated from the inside, but there are also models with external insulation. The purpose of the pressure treatment is to dissolve any remaining air in the molten PVB film. Air dissolves readily in PVB at the process temperature. Air diffusion rate increases linearly with pressure and exponentially with temperature. The adhesion of PVB to glass takes place under intense pressures, but the temperature achieved has a greater effect on the final adhesion than pressure. The autoclaving process consists of three stages. Heating and pressurization, Standby, cooling.

a cutting tool penetration to test based on as a _ cutter with the tool to attacks against to puncture-resistant of the glass tests in accordance with EN 356 axe machine with is done. weighs 2 kg get held one ax with attack simulate it does. Clear again limit passing glass test past is counted.

The purpose of the test is that the PVB film is attached to the glass. sticking to is to determine. Insufficient adhesion because of possible glass separation and extreme high school adhesion because of ball reduction during the test (according to DIN 52338) possible problems prevent adhesion control is done. LSG sample Approximately measurement making sample. Maximum 2 x 4 mm flat glass with 8 x 20 cm ≥ 2 hours to -18 ° C is cooled and next automatic with a hammer is beaten . Glass specimen, steel to the plate by light one at an angle is positioned. Each sample both _ should also be examined from the other side). Evaluation for sample room to the temperature is heated. Front your windows middle from the fields 8 x 30 cm test samples taken from the same way tested. _ in the bottom diagram to classification by high school and medium glass adhesion between rude one distinction is done. A from the lab another, equipment, blow strength and frequency of glass side and of the testers by the method relating to experience because of evaluation this can vary by up to 2 points with the method.

laminated according to DIN 52308/EN 12543-4 security mosque for boiling test your test purpose of production from the process Then laminated of the glass strength and especially without autoclaving Then in the movie Now weather that you don't have detection is to. samples without autoclaving most early 24 hours can be tested later. test, wrong if produced in laminate bubbles can occur humidity and to heat exposed when you stay your product long longevity is also important for 24 hours without autoclaving after, the measuring at least 30 x 30 cm sample boils for 2 hours (or 16 hours) into the water is dipped. Errors (laminated between bubbles that will form) are evaluated according to the standard. 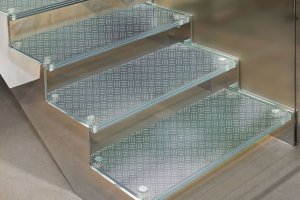